John Waters is an American film director and screenwriter best known for the movie “Hairspray”. Fewer people will know him for his artwork however multi- talent Waters has been creative in the field of art since 1990.

Strongly influenced by the film business, his work often ridicules Hollywood’s superficiality and its yearning for endless youth and beauty. In many ways, Waters works are a mirror of society and its absurdity and showcase our shortcomings with a twinkle in his eye. Waters once described his work as conceptual by saying “the craft is not the issue here. The idea is” Reconstructed Lassie illustrates his humorous look at society best.

Nonetheless, most of his pieces make us laugh instead of offending us as he doesn’t take himself too seriously. This exhibition is truly refreshing and a must for any fan of films. 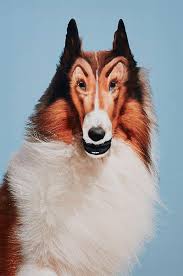 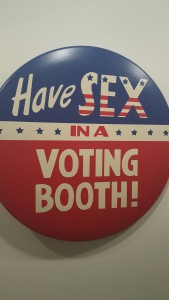